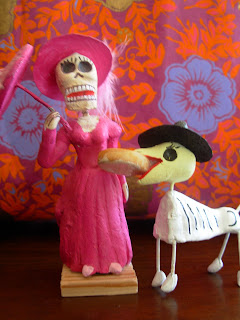 I have found the new mosquito:
He pinches between things,
Plumbing against the woodhardy thigh,
Regarding a day in long inches, rugged short sleeve,
And what the wind will do to a little guy.

It's just an idea, what I said,
Stay in contented land with a wife:
You can relax, pop a bulging raisin in your teeth
And suck the brown sugar under the drowsy shadow of
Your tongue.

There's so little to what you want.
At least you put it out there.
That brief juice runs,
Parasite in midmorning
And what is love

And what bellows with love
Drowns with that briefest
Delirious liquor.
Posted by Bryan at 10:35 PM No comments:

This is also part of the moment.

The imaginary light, who knew
It was so different?!
With what suspicion did they
Read darkening books,  reject a
Referee's call,
Call their kids indoors under the orange private property?
Provided that it
Is the same peering color
And that it is as bright (and therefore so easily mistaken)
Was there any curiosity in that what
It touched was somehow less suspicious?
Posted by Bryan at 5:34 AM No comments:

If only you believed.

Desiderio da Settignano-Little Boy (Florentine 15th c.)
Before it rose even one time
It was full of blood, excuses and rain tantrums,
Pacing out how to walk steadily on a cupping limb,
It ought to be assumed the thing was born ignorant to the monolithic complexity:
Leaflet foot soles weightless and held in the air.
Thank that it rose at all,
Rained at all, for giving you an enemy
So eagerly pitied and therefore
So readily mismanaged.
-----------
Mothers and fathers have gone a long while
Beating back the wild weeded run to a paradise,
They imagine being like Hawaii,
Their eyes already far ahead to that place
In the undisturbed future.
There will be red birds flying across the sun,
Water rich with the reflections of ferns for them to swim, and still
--I'm sorry,
A predatory siren in the wood
Lying patient,
Ignored.
Posted by Bryan at 5:52 PM No comments: 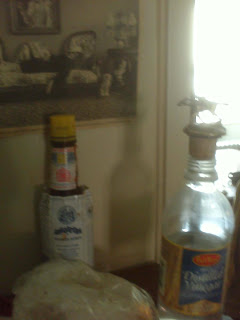 You make me feel so blue.

Alexej von Jawlensky Das Oy-Tal (Russian-German 1910)
What a difference a Rozerem and spring cleaning can make.  Uncluttered, chemically well-rested, and at the foot of a day off, I am happy to say the world of music is alive.
Borodin.  I ought to not be talking about this Russian chemist's first string quartet, as it is a weekday diversion.  But it takes up a grand space in me, and as such, warrants honorable mention.  The daily ritual is to soft cook some eggs on macerated tomatoes--I add a pinch of light brown sugar to coax them along, give em a dash of sesame oil and some chili flakes.  It's one of a few dishes I make in which the dog shows no interest.  I eat in peace.
But it's a moody record, and today's going the opposite way.  A few weeks ago I mentioned how charismatic I (finally) found Neko Case.  Well, leave it to Camera Obscura to sneak in and steal her seduction-by-songcraft thunder with their most recent, My Maudlin Career.  Singer Tracyanne Campbell didn't gild lilies this time around, and the songs feel, compared to the sugary Let's Get Out of This Country, a bit restrained.  It's only fair to say that by nearly ANY other standards they are anything but.  However it is amid this mirage of disciplined jubilation and heartachy effusion that Campbell's voice achieves, as does ideal bath water, the temperature of disarmament.  No one that I can think of in indie or even mainstream pop has the hypnotic sexuality she has.  Over the past decade or so of music nerddom I've fallen into a pattern of infatuate, over-estimate and disappoint when it comes to throwback artists.  Maybe it began with Shelby Lynne, or Macy Gray. Hell, maybe Lyle Lovett.  Anyhow, the clause "not since" has come to signify a kind of reliable warning.  So when songwriting teams Boyce & Hart and Lieber & Stoller began to infect my swoony response to Camera Obscura I was alarmed.  Take a line (from 'You Told a Lie') like:
Are my eyes the coldest blue?
You said once this was true.
If it is I don't know what I'll do
'Cause I'm stuck with them,
And they're stuck on you.
Setting aside the physiological effect it has on me, it's a chorus whose literal invocation of blue-eyed soul is an elevation of the tired sub-genre mantle.  Mind you both in production and performance it draws self-conscious attention to its craft.  But when you got it, flaunt it.  This is quite simply the best country soul record I've heard in a long while.
So too was I the recipient of a righteous blood rush from Ghost, whose performance this past Thursday at the Andy Warhol Museum pushed them in the pantheon of bands I've most left the seclusion of home to see out.  It's such a dynamite equation.  Each time I get a slight reservation, handing the dude my ticket.  This is psych rock.  I could be home, high, on the couch.  You know, the ideal context.  Ghost produces such a diverse and inter-colliding host of sounds, moving from Rundgren-esque piano pop, to blast-out Nuge rawk that the opportunity for distraction is simply nowhere to be found.  Even when they spread out Ghost eschews noodling.  It is reassuring too that not only does a band of this cultish a status care enough to play such a career-encompassing set, but that in doing so they could do a solid sequence.  For as small a listenership as the band seems to enjoy there isn't a hell of a lot of filler to their repertoire.  Glad I left the house.
In truth, I am back to spinning the Borodin now.  So much for weekday solipsism.  In between shocks out in the world it is easiest to make happiness out of habit.  And the moodiness sponsored by a chemist, that's something that, for better or worse, refuses to leave you.
New habits die hard.
Posted by Bryan at 2:24 PM No comments: