The other sugars you know.

The sweet berth is so unlikely to be banked down--
to spare bank civilizations, To spare our towns.
It must flow up and low and
To either side.
And when it goes,
Such a startling light, it aweighs,
Crests--I must, short of knowing just suppose,
In moonly sucrose.
Posted by Bryan at 8:43 AM No comments:

Portrait of Ella Mae Morse, singer.
Words have had it unkind,
Taking the better parts of
Centuries to finally get
The standard tongue's bent
And thrive.
Not so for the lyre, a bird, land-bound,
Left here, who was hatched out
Surprisingly as his throat cleared and
Songbook already fit with sound
He corrupts once in his own favor then
Once against.
He knows his own name amid the glossary
Of sounded-out animals, a choir of
Would-have-beens and precipitants of
The echo--the rest of them, they scurry.
To the evolved shoulder--fit as the bird's sharp tongue,
Carry. Your job as opposed to flying is to carry.
Posted by Bryan at 10:07 PM No comments:

Ed Ruscha - 'Me' (American 1999)
The moss ark was built less out of assistance or purpose
Than it was of substance.
Once, as its own soul dictated, it was carried--
Having been sought and excavated,
Then allotted space in worshipping eyes
Then buried.
See, in fact, how gracefully the observer glances to
Read the carved line on the stone,
Then hurries to look back?
Posted by Bryan at 12:24 PM No comments:

I shouldn't go too far aside of my own foot--
But I was humbled to research and disregard, and push--
I did look. Nobody was at the party.
The only one who
Hasn't found her way home
Was with me.
Posted by Bryan at 8:18 AM No comments:

Laughter is practical. The seam prepares to
Split, but instead it fashions
A zipper.
Watch, now, lover,
Watch how fallow it once was
And how wasn't no longer
Substantially-and neither faithfully, is.
(He is full of dreams to buy your birthday--its candlesful of wishes.)
Posted by Bryan at 2:16 AM No comments:

Ernie Bushmiller - Sluggo Dreams
The depths lie somewhere between white and an ineffective blue,
Drained, but cluttered--Waiting to be raked up.
Neighbor girls who remember the summer
Tattletale on its leafy edge, faces just--
Wheatswollen.
The room they take up is where I was when I saw myself
Admired.
The surface glare broadens like an I surrender flag for the kids
nightly.
Posted by Bryan at 1:40 AM No comments:

It's why I love her,

Strewn around these kinks and nicks
And purpling knuckles
Is the memory of the hands with which I
Once prayed.
This parishoner gets spared, and the rocks get treated kindly by the light.
This place on Earth must certainly be Heaven.
The stream-smoothed rocks, one after another glisten--
It's as if they have captured the naive burnishes from Heaven
And amid the cursing flush and grit disbursement they glow.
Posted by Bryan at 7:56 AM No comments:

The moon is beyond reproach.

The beating heart serves behind glass--but don't worry!
The glass is colorless and the message is colorless.
Each thing thrives. Look!
The glare is beyond reproach and the palpitations are as well.
The onlookers gather and their humid awe gathers. We turn the lights out
and the moon is beyond reproach.
Posted by Bryan at 6:27 AM No comments:

So seldom do we grasp the plentitude of what we admire.
We fall over in love and then we are lost in these vaults--
For the cup and the humbling wage.
Posted by Bryan at 6:15 AM No comments:

Wait, it's not that there's new honey!
But I look at the dare of the sun-dried grass
And it's so flush and winding
--and Her!
Is it not new honey stripping me of
what little wisdom I ever had?
Posted by Bryan at 5:56 AM No comments:

I will always beg for you by name.

Andy Goldsworthy (U.K. Recent)
The heart is contrary,
And droops when it is responded to.
Cracked in wisdom it hasn't a policy about lying--
Just a policy for being lied to.
Posted by Bryan at 3:53 AM No comments:

Rembrandt van Rijn - Self Portrait, Later in Life (Dutch 1660's)
Oh,
Acreages and old folks' eras parse the rented landscape--
In each throat a maturing voice drones its
Rich and poor story.
But none are quite like the cock-bell song as it arrives in the humidity--
And goes.
Posted by Bryan at 6:07 PM No comments: 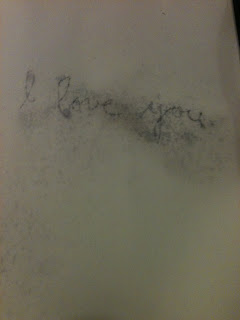 Sometimes it is similar to a balloon--
Each tensile point of its tent is sponsored
By the wild air.
This is also true about the night. Lovers fill them
With wishful "goodnights"; so much goes into each.
Finally one day we'll be forced to rename it;
The stormy "I love you" place will need
Us to call it something.
But what?
Your breath bricks up and floods the floor; the architecture
Falls on me. My breath is lost.
Posted by Bryan at 3:06 PM No comments:

I cannot speak and I wouldn't if I could now.

Keys lack wisdom--
Good thing, I lose them too.
This dog is falling asleep beside me.
And my memories, oh what are they?
Just look how the apartment ends and the rest begins.
Posted by Bryan at 2:21 AM No comments:

We have crossed the wood and path
To find a wild mosaic,
One in our aspiration similar to
The one we'll leave.
Posted by Bryan at 3:45 PM No comments:

"Indeed, I can see no reason, but the most deceitful one, for calling the religion of this land Christianity."
-Frederick Douglass
These specific linen alterations
They don't stain less--
If forgiven
The hum of starch mercy can't assuage the havoc of their ceremonial uses.
Applauding the love of every gregarious grasp, clasp untorn,
These which we seek to protect can neither be created
Nor destroyed,
Nor re-cherished in familiar uniform.
Imagine you, young solider, not so much as less of the hem.
So much as more of what is so faithfully and foolishly worn.
Posted by Bryan at 4:26 PM No comments:

Bo Bartlett - Dreamland (American 1998)
Could it possibly be all the staining love I have seen
Is now before me?
My eyes brim with jeweled tears--
Easily and free--
Each one confiscated from a heart,
Each labeled,
Each as promised restored to the return addressee.
Each, my Love, safe.
Tomorrow these emeralds will grow amid the grasses.
This conveyance of the soul you too shall see.
Posted by Bryan at 3:10 PM No comments:

Their river of time.

The beloved bank-side sleepers
And their river of time--
How nearby are either to
The witless hand
As it endures all it touches?
Posted by Bryan at 4:05 PM No comments: